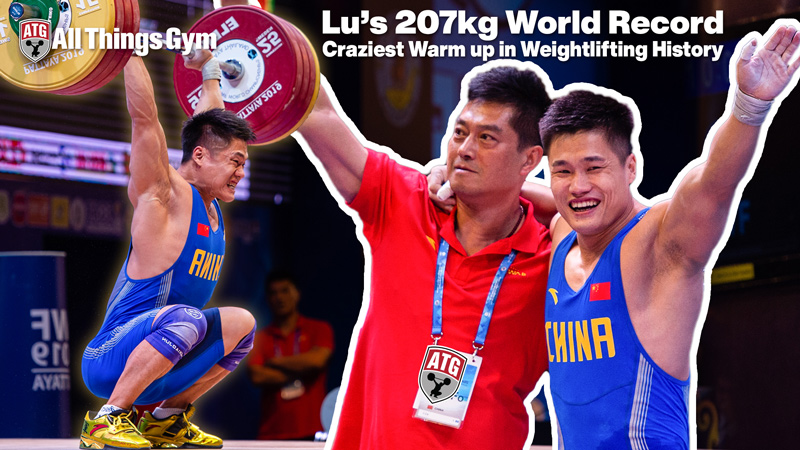 In a couple of days a 37-year-old Lu Xiaojun will step on the platform in Tokyo and will probably win another Olympic gold medal.

So we thought it’d be a great time to share this exclusive behind the scenes look at one of the craziest world record performances in weightlifting history (I really do think these superlatives are justified here).

After a somewhat shaky opening attempt at 191kg, Lu—clearly injured and in pain—was icing his back for what seemed like an eternity. He was on the ground, not moving, for nearly ten minutes! Everyone (us included) figured he was done.

To our absolute shock, not only did he come out for his second—and THIRD—attempts, but he did so after taking just 60kg three times before going out for 205kg on his second attempt! That must be one of the biggest jumps ever.

It was absolute madness and one of the wildest performances in sports history. To provide even more warmup room context and insights, we brought in Mike Choi—who was working in the back room with the production team—to share what he saw as well.

What is Lu Xiaojun made of? We are not quite sure, but we hope you enjoy this video as much as we did making it.