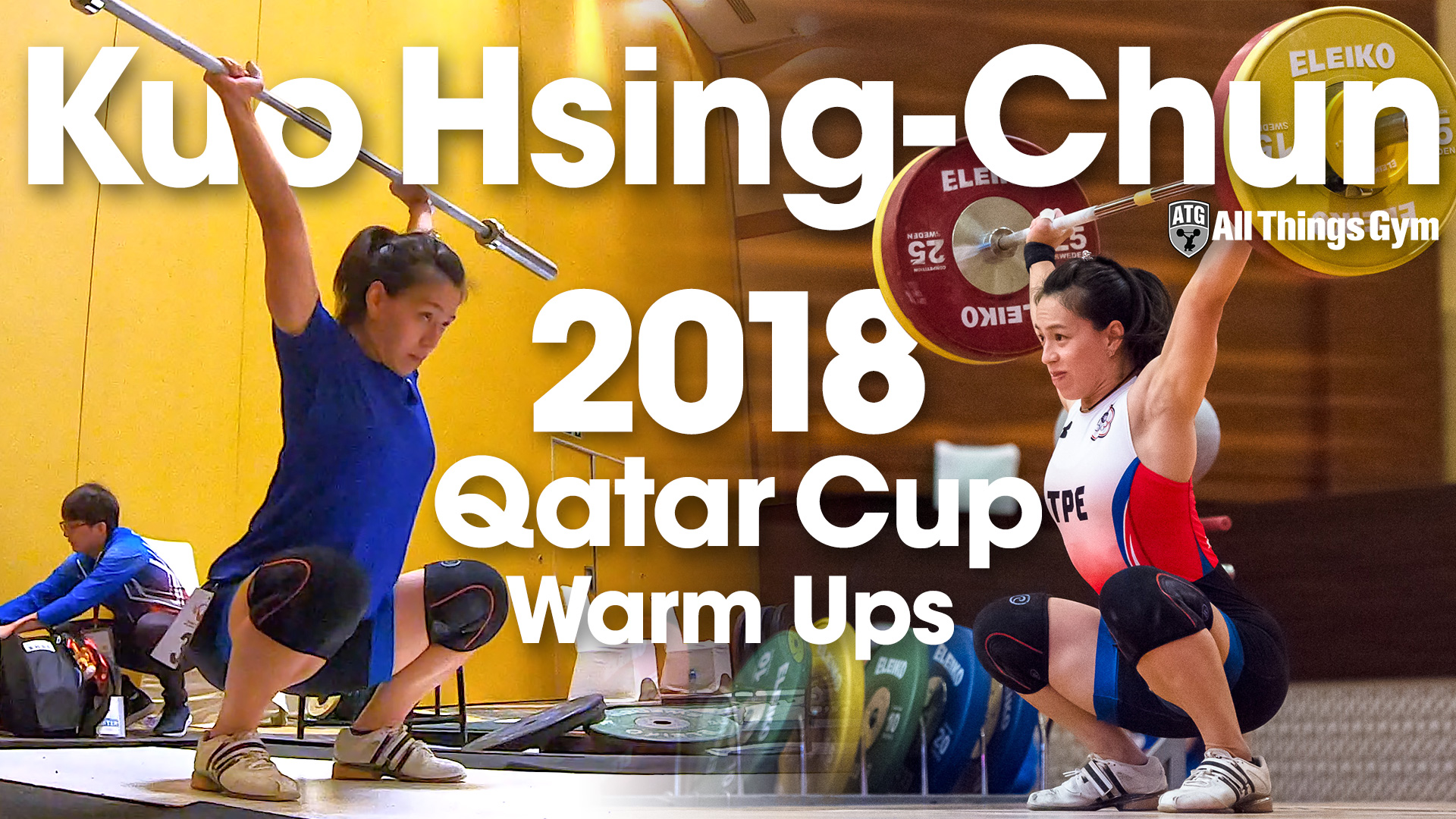 Thanks to your support I was able to book a last minute trip to Doha for the 2018 edition of the Qatar Cup.

You’ll notice that she seems to be alone during warm up. That’s because she is warming up in the training hall. The warm up area behind the competition platform was simply too small to accommodate everyone. Kuo would have had to share a platform with Chiang Nien-Hsin. But both of their openers were too far apart, which would have made warming up on one bar a nightmare.

What’s a little bit different compared to her past warm ups that I filmed, is that she power cleaned up to 115kg here! After competition her coach told me that her knees were bothering her a lot (I saw her icing both knees while waiting for anti doping in the back). So I assume it must have something to do with that.

Anyway, a solid competition for her this shortly after worlds. She won best female lifter and took home $3000 US.

Also, since this is the end of the year, I wanted to say THANK YOU for your amazing support. Earlier this year I was about to quit ATG as it wasn’t possible to sustain it financially. ATG Patrons are literally what keeps ATG running!